On July 10, 2009, the movie I Love You, Beth Cooper hit movie screens across the nation. Based on a book from Larry Doyle, the film focuses on geeky valedictorian Denis Cooverman (Paul Rust) who in his speech to the graduating class announces his love for cheerleader and all-round popular girl Beth Cooper (Hayden Panettiere). But he doesn’t stop there… He then manages to tell off his best friend, the school bully, and others, to release the pent up rage of high school societal circles. 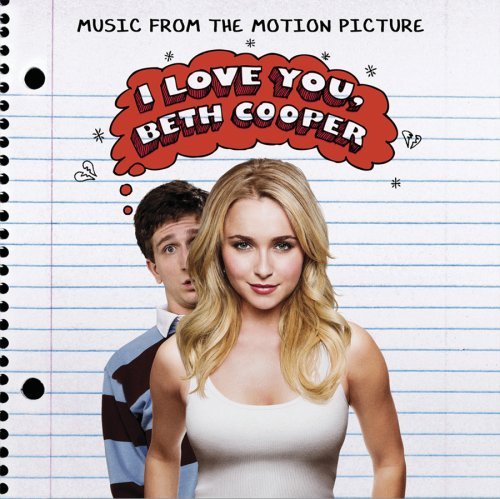 The movie soundtrack includes 15 songs from the film – everything from Alice cooper, Kiss, and Smokey Robinson to Violet Columbus, The Perishers, and Airbourne. It’s an interesting mix of new and old, which helps solidify the movie’s broad and timeless appeal. High school is a right of passage that leaves its share of scars on all who survive it. And though the book is set in the 1970s, the themes are equally applicable to today and generations to follow.

Lyrics from the many songs play into the insecurities your typical students suffer. Discovering your own hopes and dreams is just as difficult as navigating the minefield of social relationships formed along the way.

For example, songs like “Forget Me” from Violet Columbus and Eleni Mandell and “Try It Again” from The Hives focus on the need to be able to pick yourself up and dust yourself off when relationships don’t go well.

“Come Out of the Shade” from The Perishers deals with the transition from friends to more. “Just friends, am I a fool to be asking for / a fool to wish that we could be more…”

“Sway” from The Kooks feels a bit like The Cure and is also about friendships becoming more. “… take whatever you have to take, you know I love ya / come however you have to come, and get it out…” Being there for one another as friends discover themselves and one another.

Beyond that, the songs are about that summer after graduating from high school… cutting loose and playing before heading off to the next rung of the social ladder, whatever that may be. “School’s Out” from Alice Cooper and “Feels Like the First Time” from Foreigner are classic tracks that will remain relevant forever. But “Too Much, Too Young, Too Fast” from Airbourne rocks right along with them about “if this is the end of days, then I’m goin’ out in style…” And “A Good Idea At the Time” from OK Go rocks along in an almost Jimmi Hendrix mode talking about just cutting loose.

Intermixed along with the pop and rock tracks are a few bits of the rest of the soundtrack, including “Who Knew?” – which reminded me a bit of some of the tunes from the August Rush soundtrack and a bit out of place here but well orchestrated for the slower, more emotional moments of the film.

Overall I think this is a great soundtrack for the summer. It includes a terrific mix of old and new songs and would be a great party mix without the few non-pop/rock bits. Be sure to check out the I Love You, Beth Cooper movie and soundtrack!

p.s. Be sure to pick up the soundtrack at Amazon! 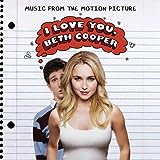