Black Snake Moan has been on my Netflix queue for quite a while and I finally had a chance to see it over the weekend. I’ll sum it up like this: Amazing soundtrack. Great characters. A messed up world of drinking, drugs, cigarettes, sex, and the blues. It used to be wine, women, and song… Now it’s sex, drugs, and rock and roll. In this case, it’s more blues than rock-n-roll, but it’s close enough I guess.

By far the weakest part of this movie is Justin Timberlake. There’s a scene when he beats a friend of his for sleeping with his girl, and it was very poorly staged.

But the strongest part is Sam Jackson. Who the heck knew he could play anything other than the kick-arse roles he’s played in the past in such movies as Pulp Fiction? And if he wasn’t the one playing the licks on the electric and accoustic guitars in those scenes, he did a fine job faking it.

Ultimately the story is one of the relationships among a group of people.

Jackson plays a blues singer who operates a small farm and sells the produce in town. His wife just left him for his brother. And he’s a bit angry about that.

Ricci plays a woman who was abused as a child and uses a sex addiction to try and fill the holes in her life. Her boyfriend (Timberlake) heads off to join the National Guard and she goes into a tailspin, eventually ending up beaten and sick on the side of the road near Jackson’s house.

The rest of the movie is one of redemption and finding a way to survive. Jackson helps Ricci because he doesn’t want to be alone to think about the fact that his wife is gone. Ricci needs structure in her life and to be handled with a certain amount of respect to get her over the sex addiction and on a road to recovery.

Ultimately, both Jackson and Ricci’s characters find a way, even though it might not be ideal in Ricci’s case. But each has a path they can live with.

I was impressed by Sam Jackson in this movie. His character was much deeper than many of the characters I have ever seen him play. If it was actually Jackson playing the guitar, he’s pretty good. 🙂 As such, if you’re a Sam Jackson fan (and don’t mind foul language, nudity, and adult situations), I would recommend this film.

I give it 2.5 out of 4. I’d give it 3 out of 4, but Timberlake’s performance was horrible IMHO. He should stick to making music that I don’t listen to on the radio. Definitely not a movie for the kiddies though.

p.s. Pick this one up at Amazon. I know I’ll be picking up the soundtrack soon! 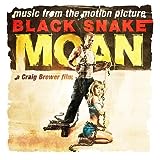