Growing up in the ’70s and ’80s, you couldn’t help but watch any of a number of Peanuts specials on television over the years. Charlie Brown, Snoopy, and the rest of the gang were created by Charles M. Schulz in 1950 and ran until the day after Schulz passed away in 2000. And in the 1960s, Schulz, CBS, and a number of talented animators, young voice actors, and creative people began airing the first of the animated TV specials, beginning with A Charlie Brown Christmas in 1965. 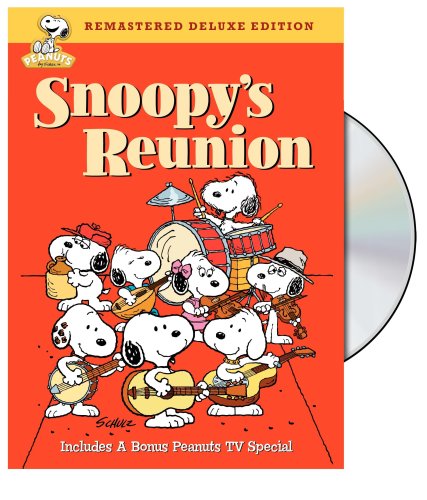 By 2006, when the last new Charlie Brown television specials, a number of generations of young actors had done the voices for the various characters we’d come to know and love over the years, but the animation style, stories, and simplicity of the Charlie Brown universe never really wavered. And each year we are reintroduced to these iconic cartoons such as A Charlie Brown Christmas, It’s the Great Pumpkin, Charlie Brown, and Be My Valentine, Charlie Brown and can pass them down to the next generation to know and cherish.

Perhaps these animated specials are outdated now, but they represent some of the purity and innocence that Schulz held his characters to throughout their 50 year run. Current cartoons may be brighter and flashier, created with new computerized techniques, but it’s good to remind ourselves now and then of the simplicity of what may now be a bygone age. Even now, mMy own daughters, ages 4 and 8, look forward to the Peanuts holiday specials every year.

Somehow in the 1990s when I was away in college, I managed to miss Snoopy’s Reunion when it aired on CBS. However, I’m happy to say it’s now on DVD and can be shared more often than the few times a year the Peanuts grace the TV.

Snoopy’s Reunion introduces us to a time in Charlie Brown’s eternally young life when he didn’t yet have Snoopy, yet wanted a dog. And for the first time we see the Daisy Hill Puppy Farm where Snoopy and his brothers and sisters were born. Snoopy’s mom, Missy, gave birth to a litter of eight puppies – Snoopy, Spike, Andy, Olaf, Marbles, Belle, Molly, and Rover. Over the space of a few minutes in the story, we see all of them go to good homes, including Snoopy.

But Snoopy didn’t initially go to Charlie Brown’s house. He was initially chosen by the enigmatic Lila, who lived in an apartment complex with her parents. Lila loved Snoopy dearly, but was unable to keep him when the apartment owners chose to forbid any pets. So Snoopy went back to the puppy farm.

Meanwhile, Charlie Brown was lamenting the fact that he didn’t have a dog of his own yet. “A boy without a dog is like a day without sunshine,” he says. So he and Linus rode a bus to the Daisy Hill Puppy Farm to find a dog. That dog of course happens to be Snoopy.

A few years after Snoopy comes to live with Charlie Brown, Charlie notices that Snoopy would get sad a number of times a year and guesses that he might be missing his siblings. So he and his sister Sally arrange a reunion for all of the pups to get back together. Unfortunately, the Daisy Hill Puppy Farm has been torn down and replaced by a parking garage, so the actual reunion doesn’t go so well for Charlie Brown. But that doesn’t stop Snoopy and his brothers and siblings from having a good time together.

Though I felt that Snoopy’s Reunion honored the spirit of the Peanuts universe, I find it entertaining that you see “Reunion” in its title and yet the reunion itself only happens in the last 5 or so minutes of the special. That said, it’s great to see Snoopy and his brothers and sisters get together for a jam session (each of them plays an instrument), even if it was on a street corner in front of a parking garage.

In addition to the 23 minute Snoopy’s Reunion special, the DVD also includes “It’s Flashbeagle, Charlie Brown,” which took advantage of the Flashdance craze in the mid-80s and yet another special that I somehow missed when it originally aired in 1984. This was definitely not one of my favorites, I didn’t feel that its overly orchestrated and lyrical numbers did it any favors. Some of the characters had their own musical numbers. For example, Peppermint Patty sang a song about being great at physical things and keeping in shape and Lucy sang a song about a game called “Lucy Says” which is similar to the game Simon Says. Though I understand that they were meant to encourage viewers to get up and dance or be physical, I felt they were over the top even for a childrens’ special.

Also on the DVD was the featurette “Together Again: A Peanuts Voice-Cast Reunion,” which brought together some of the kids, now grown and with kids of their own, who did voices for these iconic Peanuts characters. They came together at a panel at ComicCon 2008 and signed autographs together, touching base with fans and each other and reacquainting themselves after all these years.

If you’re looking for another Peanuts special to share with your children or as a gift, Snoopy’s Reunion was cute and provides a great way to finally meet Snoopy’s mom and all her puppies after all these years. It really shows the staying power of the Peanuts franchise in its nearly 60 years of entertaining children and parents alike.

p.s. Check it out at Amazon along with other great Peanuts specials: