Shaun the Sheep and Aardman Animations once again prove that stop-motion animation is alive and well. This stop-motion animated series is about a flock of sheep on a farm and the trouble they get into in their daily lives. The series centers on the adventures of Shaun, the title character, who is the lead sheep in the flock. 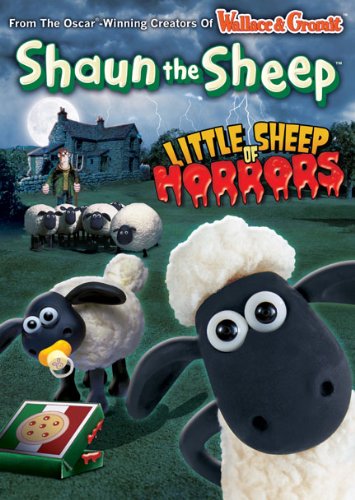 In addition to Shaun, the series features other unique characters on the farm. Bitzer is a farm dog whose responsibility it is to make sure things get done, including watching Shaun’s flock. As a consequence, he often gets drawn into the machinations of Shaun’s schemes. And then there’s The Farmer, who wears thick glasses and has little imagination. It’s his farm that all the characters live upon, and he is often duped by Bitzer and Shaun to get the sheep in and out of trouble. Beyond Shaun, Bitzer, and The Farmer, there are many other characters in the flock and around the farm.

Other characters include Shirley, who is by far the largest sheep in the flock and a force of nature who must be physically pushed from place to place. She seems to be part goat and eats anything. Timmy is the baby sheep of the flock always causing his Mother, who always wears curlers, to panic until her baby is safe. And the Naughty Pigs live in the sty beside the sheep field and are another source of trouble for the flock. They have found many ways to get in the way of the sheep having fun since the series began.

The character of Shaun the Sheep first appeared in Wallace and Gromit: A Close Shave back in 1995. In 2007 he got his shot at the big time in his own series. And over the last couple of years, working with Lionsgate, and HIT Entertainment, these great stop-motion animated episodes have been coming to the US on DVD as well as on the Disney Channel.

Shaun the Sheep: Little Sheep of Horrors features six new adventures for Shaun and his friends, as well as a couple of entertaining games.

Among my favorites were the titular episode “Little Sheep of Horrors,” “Abracadabra,” and “Troublesome Tractor.”

In “Little Sheep of Horrors,” the Farmer decides to watch a scary movie, but loses interest and go to bed. But before he goes to bed, Timmy the baby sheep who has been peering in the window watching becomes intrigued. Timmy finds a way into the house, messily eats some pizza, and falls asleep in the Farmer’s chair watching the movie. When Timmy’s Mother finds little Timmy missing, she wakes the flock and Shaun mounts a hair-raising rescue in the house…

Adding a bit of magic to the series, “Abracadabra” features an old magic set thrown out by the Farmer during some Spring Cleaning. When Shaun gets a hold of it and decides to put on a show for the flock, things get out of hand. Invisible sheep on the field are the least of Bitzer’s worries as he tries to get things back under control!

And in “Troublesome Tractor,” the Farmer’s tractor seems to be bound for the scrap heap as he dreams of a newer, faster model. Shaun and the flock overhaul the old tractor for him, giving it an updated look and a faster engine. Unfortunately, they didn’t manage to test it out before the Farmer saw it and chaos reigns supreme…

The two DVD games are “Sheep-Shearing Game” where you get to choose which area of Shirley to shear. Poor Shirley ends up with some entertaining designs as the wool flies. And the “Whack-a-Pig Game” is a variation on the “Whack-a-Mole” game where you get to let the Naughty Pigs have it. My two young daughters enjoyed both games briefly, but we enjoyed the episodes on the DVD much more.

If you’re a fan of Wallace and Gromit or any of Aardman Animations’ productions, Shaun the Sheep is a great example of well done, modern stop-motion animation. And if you have kids, they’ll love to see the antics of these wonderful characters. Be sure to pick up a copy of Shaun the Sheep: Little Sheep of Horrors at your local retailer or online!

p.s. Pick up this and other Aardman animations from Amazon! 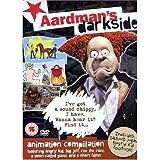 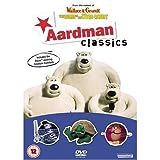