When the Scooby-Doo phenomenon started in 1969, I hadn’t even been born yet. And yet as I grew up in the 1970s and began my long love affair with cartoons, Saturday mornings gained a special place in my heart, I found Scooby-Doo to be a great hero of the everyman, though I didn’t know it at the time. 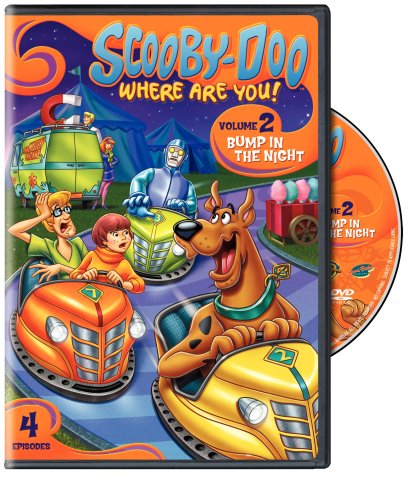 By the mid-70s, there were three different Scooby-Doo series on the air – Scooby-Doo, Where Are You?, The New Scooby-Doo Movies, and The Scooby Doo Show. But there’s something about the title sequence of the original series with the spooky house and the bats that still evokes a big grin from me.

The series stars Scooby-Doo and the a group of teen-agers driving around in a van called the “Mystery Machine” and solving mysteries. Shaggy, a laid back character straight out of the 1960s era of peace and love, may or may not be Scooby’s actual owner, but they are definitely the best of buds. Daphne Blake is the smart, yet fashion-conscious young lady in the group. Velma, sporting her black-rimmed glasses, is the brains of the outfit and often puts the pieces together to solve the actual mystery. And then there’s Fred, the athletic leader of the group who thinks he’s smarter than he is. Together they’re sometimes called “Mystery, Inc.” and have solved many mysteries over the last 40 years.

This collection includes episodes 5 through 8 of the inaugural season of the original Scooby-Doo series for Saturday mornings.

Included on the DVD are:

In addition, the DVD includes one episode of the 2006-2008 series Shaggy and Scooby-Doo Get a Clue! called “More Fondue for Scooby-Doo”. We really enjoyed this series on the Kids’ WB, but were disappointed when it was cancelled back in 2008. In this episode, Shaggy and Scooby-Doo try to stop the evil Dr. Phibes from melting a glacier and washing away a conference on global warming in Switzerland.

I have to say that this was one of the first cartoon series I really got hooked on as a kid, along with the (now cheesy) Superfriends cartoons. The robot in “Foul Play in Funland” was always intriguing to me, as it was one of the first robots I think I had seen as a kid. His eerie presence in the opening credits always got my attention! From then on I think the concept continued to interest me, from the androids in Westworld and the robots in The Black Hole to the classic C3-PO and R2-D2 in Star Wars. If they knew better at the time, my parents may have kept me from watching Scooby-Doo for all the other far out interests I got into later as a kid (and adult).

It’s great to see episodes from he original Scooby-Doo series again. I love sharing these great cartoons with my kids and it’s fun to see the care taken with the hand-drawn animation of the late 1960s and early 1970s. If you want to check them out, be sure to pick up Scooby-Doo Where Are You Season One Volume 2: Bump In the Night when it’s released on May 5, 2009!

p.s. Pick up all the Scooby-Doo animated movies and series DVDs at your local video store or at Amazon: