Greek mythology has been around since the ancient Greeks began telling the tales around 1000 BC. Those myths have worked their way into many different forms of media since then, from paintings and Greek literature to movies, television, books, and even comic books in the modern age. So why would I be surprised to learn that it was being repurposed once again in the form of some young adult fiction?

Rick Riordan, a teacher in California with a background in English and History, was well placed to take the sometimes dry stories from the Ancient Greeks and make them relevant in today’s world. He created a hero, Percy Jackson, a kid with dyslexia who was unknowingly a demigod – the child of Poseidon and a mortal woman. And Percy’s world took flight in a series of five books published from 2005 to 2009 – The Lightning Thief through to The Last Olympian. It was only a matter of time before Hollywood caught on to one of the series trying to fill the void left behind by the impending end of the Harry Potter movie series.

I honestly hadn’t heard of the book series before I saw the first trailer for Percy Jackson & The Olympians: The Lightning Thief a few months before the movie released. But I loved the idea of bringing Greek myths back into the limelight in a way that kids could latch on and learn while being entertained. I loved learning about mythology as a kid and want to see my own kids gain an appreciation for those ancient stories as they grow up today. Why not spin the Greek gods and goddesses into an entertaining tale for today’s youth? My eldest daughter devoured Rick Riordan’s books and loved every minute of them. So I knew without consulting the Oracle that seeing the movie wasn’t far behind.

Near the beginning of the film, we find young Percy (Logan Lerman) sitting at the bottom of a pool… for 7 minutes! Though he says it’s the only place he feels he can think, there’s obviously more to this kid than we meets the eye. His pal Grover (Brandon T. Jackson) is there watching the clock and making sure nothing happens to Percy. Both of them go to a regular high school like everybody else, at least until a substitute teacher turns into a harpy while on a tour of the Greek exhibit at the museum. From that point on, your average high school experience kind of flies out the window with the fury.

From then on in the film, Percy and Grover are on the run to or from something. We meet Mr. Brunner (Pierce Brosnan), a wheelchair-bound teacher at their school who turns out to be the centaur Chiron. We see Percy’s dad, Poseidon (Kevin McKidd) and Zeus (Sean Bean) discussing an impending war between the gods. We meet Hades (Steve Coogan) and his unhappy wife Persephone (Rosario Dawson). And we meet Annabeth (Alexandra Daddario), daughter of Athena and fierce warrior woman ready to prove herself in the outside world.

Somehow the supernatural realm Percy didn’t know existed seems to think that he stole Zeus’s lightning bolt from Mount Olympus. But he didn’t steal it and nobody seems to care. Annabeth, Percy and Grover try to figure out what’s going on around them.

The whole movie is a roller coaster ride from beginning to end as Percy learns who he is and tries to save his mother Sally (Catherine Keener) from Hades’ clutches. Hades wants the bolt so he can challenge Zeus to become king of the gods. And Zeus just wants the bolt back before the Summer Solstice or a war will start among the gods and the Earth will suffer.

As you can see, there’s a lot going on. The three actors at the center of the story – Lerman, Jackson, and Daddario – are thrust into the limelight in much the same way as Daniel Radcliffe, Rupert Grint, and Emma Watson were when Harry Potter and the Sorcerer’s Stone hit movie screens in 2001. And I think they did a great job with the roles, presenting kids with good role models who learn and grow throughout the adventure.

Overall, I thought the movie was fun and showed a lot of promise for sequels based on the rest of the Riordan series. If nothing else, it brought a number of wonderful Greek myths back into the foreground of school kids around the country. Hopefully they’ll see these ancient stories as gifts from the past and not simply homework from now on. With worldwide box office totals of greater than $225 million (according to BoxOfficeMojo.com and a budget of $95 million, hopefully the producers and studio will see their way to filming some sequels.

Also included on the DVD are a number of extras.

“The Book Comes to Life” presents a great documentary feature on the making of the film and how Riordan’s characters came to be on the big screen. He seems like he’s taking it all in stride and all of the actors, the director (Chris Columbus), and crew seemed to understand that they were striving for that Harry Potter moment when the world woke up to see Percy’s adventures in the film.

The “Discover Your Powers Quiz” seemed a bit hokey to me and even to my two daughters. They know the difference between reality and the world of fiction, and somehow the presentation seemed very last minute and cheesy with the little bit of announcement of your “powers”.

But the five Extended and Deleted Scenes were very interesting, especially the scene with Grover talking to Percy in the pickup truck about how he failed Zeus’ daughter. That should have made it into the movie in my opinion, as it really bolstered my opinion of why Grover seemed so desperate to help Percy survive his adventure.

So overall, if you like Greek myths or have read the Percy Jackson series from Rick Riordan, I think you’ll probably like Percy Jackson & The Olympians: The Lightning Thief. As the opening chapter of Percy’s journey through Riordan’s world, I think they did great at whetting our appetite for more. Bring on the next movie!

p.s. Pick Percy up when the movie releases this week or pick up the books! 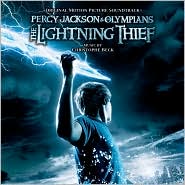 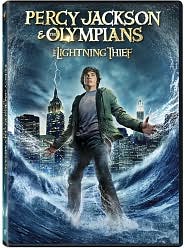 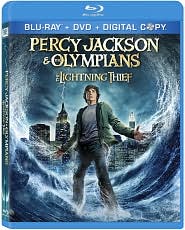