Ninjas. They capture most young men’s attention at an early age. And some of us never outgrow that fascination. With 2009’s Ninja Assassin, those of us bitten by the ninja bug get a bit of an adrenaline boost. Ninjas plus decent story, fair acting, amazing choreography, buckets of blood, and more decapitations, lost limbs, and stabbings than you can count makes for a great movie about these tightly wound assassins. 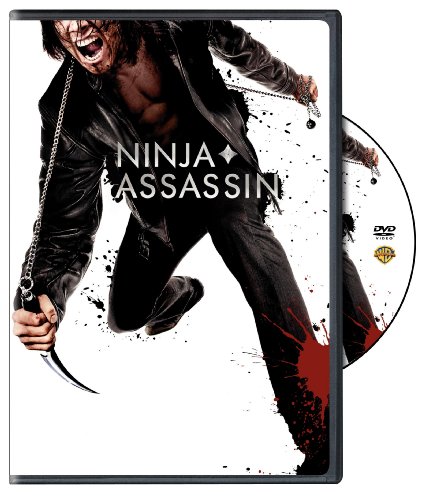 The movie follows the life of Raizo (Rain) as he learns how to be a ninja at a school run by the Ozunu Clan, a secret society of trained killers. His master is Ozunu, played masterfully by Sho Kosugi, who has played ninja masters since the early ’80s with Enter the Ninja, Revenge of the Ninja, and many others. Clearly Ozunu’s school is one of hard knocks – learning not only how to become a killing machine but how to control your fear, pain, and even your rate of healing. There is no coddling here.

Raizo is treated kindly by Kiriko (played as a young girl by Kylie Goldstein and as a teen by Anna Sawai), who helps him through some tough times. She tends his wounds and opens his heart with a little kindness. When she refuses to hurt another student after winning a training bout, Ozunu cuts her as punishment and she starts seeking a way out of the school. Unfortunately, her exit plan doesn’t work well and she pays the ultimate price…

When Raizo himself is tested, he finds that he can kill at Ozunu’s command, but that he can’t stand himself after he’s done it. He rebels and starts a campaign against the clan.

Bring into this the investigations of Europol agents Mika Coretti (Naomie Harris) and her superior, Ryan Maslow (Ben Miles). Mika stumbles across a mystery she can’t resist and the two begin investigating killings around the globe seemingly paid for by 100 lbs. of gold.

To say the least, the ninja clans are not happy with being investigated and try to stop the agents dead in their tracks…

Ninja Assassin was a fun ninja movie. Not since films like Enter the Ninja and American Ninja have we seen these denizens of the night really cut loose in a big way.

If you don’t like blood, I’d advice that you skip this one. It flows freely. And if the blood doesn’t get to you, the unbelievable beheadings, chopped limbs, and generally being stabbed, sliced, or diced in myriad ways might. Definitely not what I’d recommend as a family film.

However, the story worked for me. Written by J. Michael Straczynski and Matthew Sand, the script has a solid beginning, middle, and great ending. The end answers the question that many of us ask as kids – who wins a battle between a group of ninjas and a bunch of heavily armed and armored commandos. Director James McTiegue did a great job weaving past and present into a seamless narrative that propels us into this violent but very cool world.

Overall this was a fun, violent movie about ninjas in the modern world. Throw in some blood, amazing fight choreography, and a decent story and it holds together nicely.

Also included on the DVD were some deleted scenes. Like many collections of such scenes, quite a few were cut with good reason and a few I might have left in. But it’s always interesting to see what doesn’t make the final version.

Be sure to check out Ninja Assassin at your favorite rental or retailer counter!

Catch up on your favorite shows and watch full length movies online.

p.s. Check out this and other great ninja movies at Amazon! 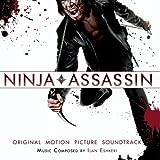