Sometimes it can be an interesting thought experiment to take a sense we take for granted and remove it from the equation. Consider a day in your life without sight, for example. How would you navigate the streets of a big city? The soundtrack of the city would have to help guide you towards your goals and then placing those sounds on a mental map of an area – on this street, there’s a deli, an office building, and a dry cleaners with distinct audible clues to keep you going the right direction…

I think I was expecting more of that sort of exploration in Map of the Sounds of Tokyo, but instead I saw something completely different. This film, by director Isabel Coixet (Elegy), becomes a meditation on love, loss, grief, and striving to fill the void left behind.

Two stories intertwine in this film. One begins when Nagara (Takeo Nakahara), a Tokyo executive, gets a phone call during a business dinner involving sushi and naked women’s bodies. He is informed that his daughter has committed suicide. And from that moment on, his life is in free fall as you might imagine. Nagara blames his daughter’s boyfriend, Spanish wine shop owner David (Sergi Lopez, Pan’s Labyrinth) and eventually asks his assistant Ishida (Hideo Sakaki) to have the boyfriend killed. This brings in an oddly distant hitwoman – Ryu (Rinko Kikuchi, Babel) – who works nights at the fish market.

We watch as Nagara’s life falls apart and he goes deeper and deeper into a depression that has an adverse affect on his career as well as his assistant Ishida’s. While at the same time we watch as Ryu and David become more and more intertwined as David tries desperately to fill the void left behind by his dead girlfriend. Added to that is a strange sound recording guy (Min Tanaka) who befriends Ryu, adding odd moments of voiceover and silence.

Not since Lost in Translation have I really seen the streets of Tokyo on screen, but with this film I was often struck by the starkly decorated rooms in contrast with the gaudy neon, harsh light, and dark, rainy scenes throughout. It was almost as though the director wanted parts of the story to be viewed in a sterile laboratory offset from everything that goes on around them.

Ultimately I don’t think the movie knew what it wanted to be. It was part thriller, part sex romp, and part tragedy. But it never quite pulled off any of the three very well. I still found myself engrossed in the story however, wanting to see how it ended up, though I suspected from the beginning that it would end poorly for one or more of the characters.

I’m not sure if my interest in the film was due to some of the odd sets used – such as the strange hotel that Ryu and David use for their tryst that used a railway car as a themed room. It was also interesting to see the quiet of Japanese graveyards and how the female models washed themselves clean of sushi smell with lemon juice. Odd choices for me helped keep things interesting at least. And as if to punctuate that feeling of oddness, I was amused by the use of a driving school Ryu could see from her window that appeared several times.

The use of multiple languages and subtitles throughout the film added to the feeling that some of these characters were just thrown together by fate. English, Spanish, and Japanese are mixed throughout with English subtitles where necessary, though all of the voiceovers were done in Japanese with subtitles.

In addition to the film itself, a featurette was included explaining how the film came together. It turns out that part of the story came to Coixet on an earlier trip to Tokyo where she saw a tough female employee working in a fish market who refused to allow her picture to be taken. Beyond that, we hear a bit from the actors about the production but don’t really get much in the way of behind-the-scenes information.

If you’re looking for an odd drama/thriller with the streets of Tokyo as the backdrop, then Map of the Sounds of Tokyo may just be what you are looking for. Check it out on DVD at your favorite rental store counter.

p.s. Pick up this DVD and others from Barnes & Noble below! 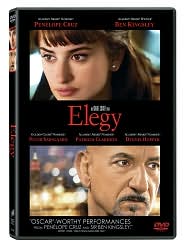