Though my family loves seeing films of all kinds on a huge IMAX screen, I will be the first to admit that it’s a bit expensive to do so regularly. Instead, we find ourselves watching some of the beautiful documentaries on DVD. That’s certainly the case with IMAX: Under the Sea, in which Jim Carrey narrates a few colorful, entertaining, and cautionary tales about the denizens of the deep blue sea.

Originally released in IMAX theaters in 2009, this short (41 minute) film presents some absolutely stunning video of some of the most beautiful spots in the blue waters of Papua New Guinea, Australia, the Great Barrier Reef, and Indonesia. From the vents spouting gas bubbles like undersea fountains to the amazing array of colors and types of undersea life, the film does an amazing job of giving viewers just a glimpse of the Coral Triangle – home to a majority of the marine species in the world.

The crystal clear waters were unbelievably perfect for filming, showing the brilliant blues, bright oranges, reds, greens, yellows and shadows beneath the surface. The patience of these videographers to capture just the right shot gets you right into the action. How they ever found a crab willing to wear a jellyfish as a hat is beyond me.

But the show stealer for me was the courting dance of the female cuttlefish and her two male suitors set to “Perhaps, Perhaps, Perhaps” by Doris Day. Carrey speaks quietly about their mating technique as the males try to get her attention long enough to perpetuate the species. The dance seems perfectly timed to the music as the female tries admirably to ignore her suitors. Her “playing hard to get” shows that we’re not so different as a species after all.

Though Jim Carrey is more well known for his comedic roles in movies like Bruce Almighty and Ace Ventura: Pet Detective, he does an admirable job of maintaining an even tempo to the narrative track written by Howard Hall, who also directed the film and acted as the director of photography. Carrey’s humor slips in now and then, as when describing a wobbegong shark as a shag carpet or a stone fish having waited several days getting frustrated after missing a meal. But there’s a seriousness in his voice as well and it’s easy to hear his own concern for this delicate environment and what humankind has done to affect it.

As with many documentaries, the film serves to entertain and educate, showing not only the beauty that remains brilliantly alive but how changes to seawater temperature and acidity due to air and water pollution affect the coral reefs and the thousands of species that depend on them. Ultimately, we must be more aware of the environmental impact of our decisions on the surface or film will be all we have left to remember these beautiful undersea vistas.

Watching with my wife and children, we really enjoyed IMAX: Under the Sea even on our much smaller screen. This film, from the makers of Deep Sea and Into the Deep, does an amazing job of showing the beauty beneath the waves and expressing the urgency with which we must take better care of our planet’s wonders.

For more details, be sure to check out the film’s website at UnderTheSeaMovie.com. The film is available in a Blu-ray Combo Pack, on DVD, and for download.

Article first published as DVD Review: IMAX: Under the Sea on Blogcritics.org

p.s. Pick up Under the Sea and other great documentary DVDs at Barnes & Noble below! 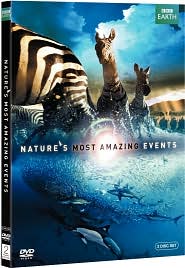 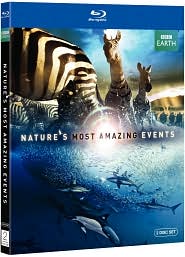 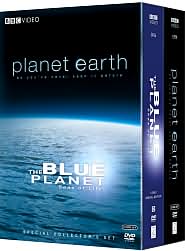