As I get older, I realize more and more that my memory works in odd ways. For example, I’m great with faces but have to work at remembering names. I can remember song lyrics and melodies for years and years, but sometimes can’t remember why I came into a room… You know, the usual tricks memory plays with age.

The new film – Forget Me Not from Phase 4 Films – plays on some of those tricks of memory in an interesting combination of elements from the Final Destination series, The Ring, and I Know What You Did Last Summer. It’s a throwback in some respects to the older slasher movies where you have a group of clueless teenagers who end up paying a horrible price for something they may or may not have done in the first place.

Sandy Channing (Carly Schroeder from TV’s Lizzie McGuire, Law & Order: SVU, Ghost Whisperer) is graduating from high school with her brother Eli (Cody Linley from TV’s Hannah Montana) and all the rest of her friends. They seem to be your typical high school group – sexed up and ready to drink until they forget that they’re moving on with the rest of their lives. At a graduation party, they play an old game from their childhood in a graveyard and unwittingly catch the eye of a vengeful spirit. Can Sandy figure out what’s going on before it’s too late and she’s lost all her friends in the spirit’s twisted game?

Quite honestly, I wasn’t expecting much from Forget Me Not but was intrigued by the premise. As the film progresses, Sandy’s circle of friends continues to dwindle until… Never mind, I don’t want to spoil it for you. Let’s just say that once we got past the setup with this group of high school graduates ready to take on the world, things started moving nicely.

Considering that I haven’t paid much attention to many of the hip, young shows on the Disney Channel and in other places, I really didn’t know anybody in the cast. But I think all the actors had a chance to play their main role and then dress up in a scary mask once their character was taken out of the game, so that had to have been fun. I have to admit I was rooting for the “ghosts” in a few places just to see karma run its course… And it did, right up to the twist at the end.

Though the special effects were pretty basic, they were used pretty well. The shaking and fast-forwarded movement of the monsters always adds a nice touch. As more “ghosts” began appearing, the masks got a bit cheesy when seen close-up. The masks themselves seemed to be a combination of the Ice Cream Man from Legion with the expandable jaw and the creepy girl from The Ring. Definitely a combination that hadn’t been done before. And at a distance, the masks looked fine – especially in the dark – but in the light as things begin coming to a head, they get a bit unbelievable.

Beyond the film, there really weren’t any special features beyond a few deleted scenes, an alternate ending, and a photo gallery. None of the deleted scenes really added anything to the film, so I can definitely see why they left them out. And the alternative ending just expands on what was actually in the film. I preferred the short version without the exposition that they used in the film. The photo gallery is simply a collection of stills from the film and the original trailer was included.

If you’re looking for a new horror movie that takes a lot of inspiration from earlier movies in the genre, you can do a lot worse than Forget Me Not. I found it to be a fun film with a slow reveal that pays off in the end. Forget Me Not will be available on DVD and VOD on May 24, 2011. Be sure to check it out!

p.s. Pick up this and other horror on DVD below! 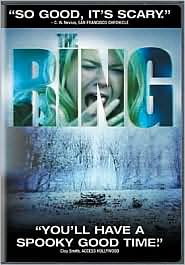 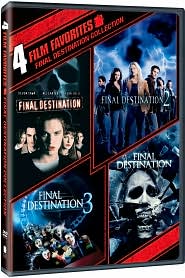 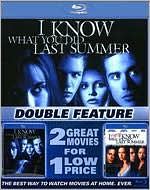