Can you talk to animals? Rex Harrison could in 1967. He was the titular character in the original film version of Dr. Dolittle. That film holds a special place in my heart, for where else could you see a two-headed llama known as the Pushme-Pullyu? It was a different era of movie making then, when movies such as Chitty Chitty Bang Bang and Mary Poppins were fun and campy with big song and dance numbers. 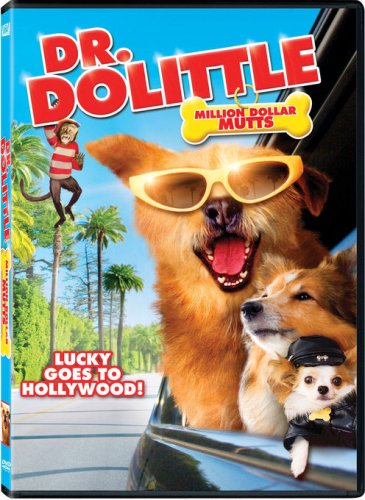 And then came the remake in 1998 starring Eddie Murphy. Murphy’s version attempted to modernize the character for younger audiences and succeeded in rebooting the franchise. It was followed in 2001 by Dr. Dolittle 2 and has continued to do well.

In Dr. Dolittle 3, we saw Kyla Pratt‘s character as daughter Maya Dolittle striking out in her own movie. Maya’s Mom sends her to a Dude Ranch for the summer and she finds herself fighting to save the ranch from foreclosure by talking a bunch of animals into helping at a rodeo.

Now, in Dr. Dolittle: Million Dollar Mutts, Pratt is back as Maya getting ready to enter the veterinary program at San Francisco University (SFU). However, when she learns that it will take her seven years to become a veterinarian, she’s frustrated because she wants to make more of an immediate impact helping animals.

On a walk with Lucky, her dog (voiced by Norm MacDonald), she talks a cat out of a tree for its elderly owner and finds herself on the TV news as a local celebrity. Tiffany Monaco, celebrity debutante (played by Tegan Moss), sees Maya on TV while shopping nearby and recruits her aid to figure out what’s wrong with her depressed dog, Princess.

From there, Tiffany takes Maya on a quick flight to the glitz and glamour of Hollywood to help Princess. Along the way, Maya is smitten by a boy actor (Brandon Jay McLaren), encounters movie stars and rappers, and is snared by an agent who wants to take advantage of Maya’s ability to speak to animals. She’s attracted to the idea of being on television and helping more animals now instead of waiting 7 years to become a vet.

And as always, life proves that taking shortcuts isn’t always for the best. Maya learns the hard way that she can’t solve all animal problems by talking to them. And eventually she comes to her senses and goes to college.

I watched the movie with my two girls, ages 4 and 8, and they loved it. Mixing animals who can talk with fashion and the shiny nature of show business really makes this appealing to children, and it was pretty obvious that the movie was aimed squarely at girls.

That said, there were some creepy moments for me as a parent. Jason Bryden’s character as agent, Rick Beverley, really pushed the envelope to play up the greasy, conniving, backstabbing Hollywood-type. And Judge Reinhold as the studio honcho with his “Yes Men” around the table was a bit over the top for me as well. But with both characters, I suspect they wanted to draw a stark contrast between the dangers of Hollywood and the innocent Maya.

Beyond that, I think they did a great job with animals. Lucky and Monkey are back to help Maya in Hollywood. Among the new animals introduced, my favorites were the pig who wanted to lose weight so she didn’t look like a pig and the tortoise who wore Groucho Marx glasses.

In addition to the movie itself, there are three special features.

“Tiffany’s Tricked Out Cell Phone” takes us behind the scenes to meet some of the people involved with the film in three very short segments. The first two introduce us to Lorraine Carson, the costume designer who worked on the animals’ outfits. Some of the outfits were hilarious and she did a great job for this having been the first time designing for animals. She also designed the outfits for Pratt and Moss. The girls seemed to have fun being made up and getting dressed up for their roles. The last segment showed some of the storyboards for various scenes in the film along with the finished scenes.

In “No Business Like Show Business,” we hear more from the cast and crew about the making of the film. Pratt and others talk about the hard work and effort that goes into all aspects of a movie production, especially where stunts and animals are involved.

And in “Star Tours: Dolittle Style,” we go on a tour of the sets and locations used in the making of the film. From the studio of rapper Ridiculuz (Doron Bell) to the huge mansion of Tiffany Monaco’s world, from the television studio of “The Animal Talkers” to the Hollywood sign itself.

Overall, Dr Dolittle: Million Dollar Mutts was cute and definitely caters to a younger, female and family-oriented audience. For animal and fashion-loving girls, this movie has it all. Be sure to check it out on DVD at your local rental store or online.

p.s. Pick up the Dr. Dolittle movies and books at Amazon! 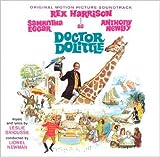