First of all, let me say that typically I have a very open mind when it comes to animated movies. When I saw an announcement for Donkey X a while back, I thought it sounded like an interesting concept – merging animation and the story of Don Quixote for a family-oriented picture. What could go wrong? Classic literature and cartoons have been successfully merged many times before, right? 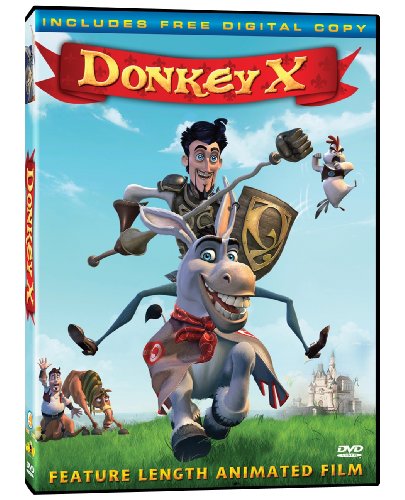 For those of you who don’t know about Don Quixote, he’s a character in a novel written by Miguel de Cervantes in the early 1600s – El ingenioso hidalgo don Quijote de la Mancha or The Ingenious Hidalgo Don Quixote of La Mancha. In the province of La Mancha, a man becomes obsessed with books of chivalry and stories of quests to the point where he calls himself a knight-errant, puts on an old suit of armor, and changes his name to Don Quixote of La Mancha.

And, as with all chivalric quests, there must be a romantic interest, so Quixote created an imaginary lost love called Dulcinea and sets out to right wrongs and find her in the world. Along the way he is joined by his neighbor, Sancho Panza, and they set off on great adventures.

Donkey X takes this story and tacks on a follow-on adventure that occurs a while after Quixote and Panza get back from their first. Panza’s donkey, Rucio, is itching to go out on another adventure and Quixote’s old horse, Rocinante, only wants to stay in his stable. But when a notice appears stating a challenge for Don Quixote to fight the Half Moon Knight for information leading to Dulcinea’s real name, their new adventure finds the quartet.

Along the way, the group encounters a number of trials set up for them by those trying to discredit Don Quixote. But he faces each trial as best he can and with help finds a way to succeed. In the end, can he beat the Half Moon Knight in a knight’s tournament? Only time will tell…

Labeled as a family feature for both children and parents, I think Donkey X was a smart animated feature that didn’t try to simply retell the story of Don Quixote, but built on that and created an original adventure. That said, I would have liked to have known that the language was meant more for older kids (elementary school and up) and not really for youngsters. My youngest was more than a little lost during the film due to the more advanced vocabulary used.

The animation itself was all computer generated and quite crisp. Not quite up to Dreamworks or Pixar quality, but smooth, consistent, and well thought out.

As a whole, I thought this was a good offering that did offer an interesting mix of high- and low-brow humor for families. It’s a little slow in the first third of the film, since it has to introduce the setting and the characters a bit before it gets going, but it was amusing. Not great, but fun nonetheless.

If you’re interested, I’d check out Donkey X as a renter from your favorite rental outlet. But if you like the Don Quixote story, this is a great way to introduce the characters to your kids.

p.s. Check out Donkey X and the adventures of Don Quixote at Amazon below! 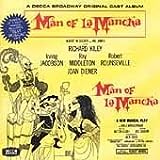