Through the summer of 2010, I saw many trailers for a new animated film about an unlikely pair of wolves in Jasper National Park (Alberta, Canada). Alpha and Omega looked like it could be fun, but that it was probably a renter. And it’s now coming out on DVD and Blu-ray today, January 11, 2011. 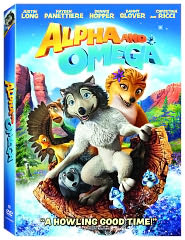 Alphas are the hunters and protectors for the pack and Omegas are about lightening the mood and keeping the pack from squabbling too much. Typically Alphas pair with Alphas and Omegas with Omegas to keep those traits strong in their offspring. Though Kate, an Alpha, and Humphrey, an Omega, might be friends, they can’t be more than that in the eyes of their elders.

When a squabble between two packs heats up over hunting territory, the pack leaders Tony and Winston revert to an ancient pact that would have their eldest children pair up and combine the packs into a bigger pack. Kate is to pair up with Garth and that’s that.

Well, of course things go wrong when Kate and Humphrey get shot with tranquilizer darts and relocated to a different park in Idaho miles and miles away and they have to get back to seal the deal between the packs to avoid a war. The Alpha and Omega bond on the road trip back home, learning that they make a pretty good team when they work together. Along the way, they meet a golfing goose and duck duo who help them navigate their way home through all the obstacles.

Ultimately the film is about finding new ways to work together to overcome whatever problems may come your way. And that you can have a little fun along the way.

The film stars the voices of Justin Long (Going the Distance, Drag Me to Hell, Alvin and the Chipmunks), Hayden Panettiere (TV’s Heroes, I Love You, Beth Cooper), Danny Glover (Lethal Weapon, Dreamgirls), Christina Ricci (Speed Racer, Cursed), and Dennis Hopper in one of his final roles before he passed away in May 2010 (TV’s Crash, Apocalypse Now, Easy Rider).

I think even when I saw the trailers six to nine months ago, I felt that it wasn’t going to be a great film. The animation seemed way out of date with the more recent efforts from Dreamworks and Pixar. And the story could have been generated by a computer algorithm. It did very poorly at the box office according to Box Office Mojo earning only $25 million domestically and $39 million worldwide. In a summer with other animated movies like Shrek Forever After (nearly $750 million worldwide), Despicable Me (nearly $550 million worldwide), and Toy Story 3 (over $1 billion worldwide) drawing thousands of moviegoers, Alpha and Omega didn’t draw many so it will be interesting to see how this title does on DVD.

In addition to the movie itself, there are numerous bonus features on the DVD, including a “Log Sliding” game, an Animal Facts trivia game, a personality test to see if you’re an Alpha or Omega, plus a deleted scene, and a few features. We really liked the “Making of Alpha and Omega” and “Wolves in the Wild” features.

It was great to hear how the directors and artists did their research about how gray wolves actually behave in the wild. The “Wolves in the Wild” feature provides a good overview of wolves from biologists and folks from the California Wolf Center who help the public gain a bit more knowledge of these beautiful animals. I think it may be a bit over the head for some kids, but would definitely recommend watching it with your children to learn a bit.

And the “Making of Alpha and Omega” feature is actually broken into three separate parts – “The Alpha of Animation,” “Voicing the Wolves,” and “From Alpha to Omega.” Each provides a glimpse into the work that goes into a full length animated features behind the scenes. It’s always amazing to me to see how the artists go from 2D sketches to how they appear in the final movie. I have a lot of respect for the process even if I didn’t like how stylized the characters became on screen. The voiceover actors also have a lot more input into how those characters come to life. It was obvious they had a good time working with the characters and directors.

Though I liked Alpha and Omega (and my kids loved it), I didn’t love it. It’s a fun, if somewhat forgettable flick that’s very family friendly with a lackluster plot. Honestly, I’d recommend it as a renter and then to buy it if your kids really like it. Check it out when it’s released today!

p.s. Pick this up at Barnes & Noble below along with other films: 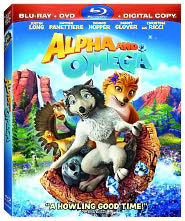 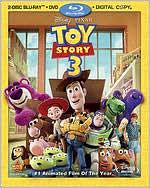 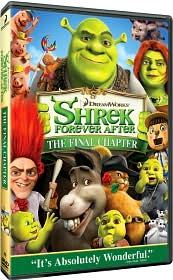