Arnold Schwarzenegger truly was a machine in 1984 when James Cameron’s movie Terminator burst onto the scene. He played a cyborg assassin from the future sent to the past to stop John Connor from being born. To do that, he needs to kill Connor’s mother, Sarah (Linda Hamilton) before he could be born. Of course, the Terminator wasn’t the only thing sent back in time. Kyle Reese (Michael Biehn) was also sent back by the John Connor of the future to prevent this from happening. These three characters – John, Sarah, and Kyle – are intrinsically tied across time throughout the entire series.

Putting aside the dangers of time travel and altering the future by affecting the past, Terminator was a science fiction phenomenon that inspired two other movies further exploring the potential of world domination by machines – Terminator 2: Judgement Day (T2) in 1991, and Terminator 3: Rise of the Machines (T3) in 2003. Though I would like to forget T3, the first two were amazing films with special effects and ideas that really pushed science fiction films to become more technologically adept.

I saw Terminator Salvation in May 2009 and seem to be firmly in the minority when it comes to thinking the movie didn’t suck. Personally, I liked the film and feel it held true to the spirit of the original three films. Unlike the first three Terminator films, which started in the “present” of 1984 and headed toward the inevitable “Judgement Day” when the machines take over, Terminator Salvation picked up in 2018 after the machines had already taken over.

[Spoilers ahead if you haven’t seen Terminator Salvation yet.]

At the beginning of the film, John Connor (Christian Bale, Batman Begins) isn’t quite the all mighty Resistance leader he is when he sends Kyle Reese back in time in the first movie. But he’s rising through the ranks. After a successful attack on a Skynet base, he stumbles upon evidence of new type of Terminator incorporating human tissue. Along the way, they also discover a group of human prisoners used for some sort of experimentation. After John and his team leave with the rescued prisoners, one more form rises from the rubble – Marcus Wright (Sam Worthington, Avatar)…

Wright stumbles through the remains of Los Angeles and runs into a young Kyle Reese (Anton Yelchin, Star Trek) and his quiet companion Star (Jadgrace Berry). They save Wright from the attack of a T-600 Terminator only to get taken prisoner a bit later. Marcus finds a downed Resistance pilot – Blair Williams (Moon Bloodgood, TV’s Burn Notice and Human Target) and the two set off for Connor’s base…

Through the course of the movie, we discover that Wright himself is unknowingly one of this new type of Terminator. Skynet is testing the new model as an infiltration unit that can get inside Resistance cells and with a command from the central computer destroy anything and everything around him. It would be devastating for Skynet to have that kind of capability. No one could be trusted and the Resistance would fall apart.

At the end of the film, the Resistance and Wright attack a Skynet base to try and free Reese and some of the other prisoners before a massive attack on the base can be initiated by the Resistance high command. Though they free the prisoners, Connor gets injured and the high command is destroyed, leaving Connor in charge. To save Connor’s life, Wright gives up his own supercharged heart to be transplanted into Connor’s body.

Ultimately it’s a great exploration of what makes us human. Are we simply parts of a big machine or more than that? Can a Terminator still have humanity?

So back to the book now… Connor is still recovering from surgery, but he and his lieutenants are directing Resistance members to kill as many “live” Terminators at the Skynet base as they can and collect as many working or repairable guns and ammunition as they can for the inevitable counter-attack from Skynet.

Connor’s second in command, Barnes (Common in Terminator Salvation) and Blair are on a secondary mission to find Barnes’ brother and give him a proper burial. Reese has been sent out to collect ammunition with a team and Star has stayed behind in camp to help with repairing weapons, which she has turned out to have a gift for.

While Barnes & Blair are away, they discover a data cable leading into the mountains above the ruined base. Thinking it might be a secondary base, they follow the cable until they lose it in the trees, but find a group of people staying in the town of Baker’s Hollow. Led by Mayor Daniel Preston and his daughter Hope, the townspeople have struggled to keep a low profile and simply keep their population of 80+ safe, fed, and out of harm’s way.

Meanwhile, Kyle and his team have stumbled upon a hole covered by a partially intact Terminator. When one of the team gets stuck and they find a number of alert and intact machines below, it leads them in a perilous game of cat and mouse as they try to figure out what the machines are up to and how they can get out safely to get more backup.

Though I’ve not read anything by Timothy Zahn before, his name has appeared on my radar many times in the last 30 years. He’s written fiction in the Star Wars universe, as well as numerous novels of his own – the Cobra Series, the Conquerors Trilogy, the Blackcollar Series, and many others.

I found the book to be an extremely quick read once I got back into the Terminator mindset. It was fascinating to look at Baker’s Hollow as a pocket untouched by the machines so far. The people there were simply trying to hold on to some sense of normalcy in a world torn apart by war and doing a pretty good job of holding things together. Its residents fell back to a simpler way of life – hunting, gathering, and trying to keep sheltered from the elements.

But once outsiders arrive in town, things start to fall apart…

p.s. Look for these great books at Barnes & Noble. 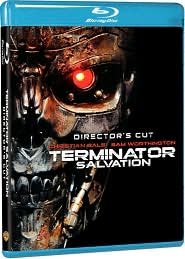 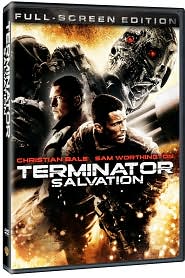