Back in 1987, Arnold Schwarzenegger could do no wrong. Predator and The Running Man both came out that year, when Arnold was at the top of his game. And in both films, he started as the prey and ended as the hunter.

Predator told the story of a team of commandos sent into the jungles of Central America to rescue a man supposedly shot down by a rebel guerilla group in the area. Of course, things are never quite as simple as they appear…

Dutch (Schwarzenegger) and his team find the downed helicopter, but don’t quite know what to think when they find bodies flayed and hung upside down. Would the guerillas do such a horrific thing? And even after the team takes out the rebel camp, they find themselves hunted by an unseen enemy who eliminates them one at a time. It would be revealed to be an alien creature hunting them using stealth and advanced technology. When only Dutch remains, he eventually finds a way to stop this worthy foe from another world…

Predator spawned a sequel in 1990 called Predator 2, which would pit Los Angeles policeman Danny Glover against another of the aliens in an urban environment. And we’ve seen the Predator aliens in battle with the horrific creatures from Ridley Scott’s Alien twice – in 2004’s AVP: Alien vs. Predator and 2007’s AVPR: Aliens vs. Predator – Requiem. 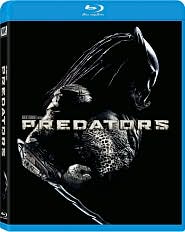 That brings us to 2010 and a new generation of stories in the Predator universe with Predators. Director Nimrod Antal and producer Robert Rodriguez decided to base a sequel not on Predator 2 or the AVP movies, but more on the original material. With a reported production budget of $40 million, the film has earned more than $125 million worldwide. (Film income and production budget numbers from BoxOfficeMojo.com.)

Rodriguez and Antal took a slightly different approach to the story, moving it completely off the Earth and sending it to the stars. On an alien world used as a huge game preserve, the Predator aliens drop killers from other worlds into the preserve – observing and hunting them one at a time to hone their battle skills.

This time, it’s a group of killers from Earth who have to figure out where they are and what they need to do to survive. Adrien Brody (The Pianist) plays Royce, a mysterious mercenary who takes the lead dog role. Alice Braga (Repo Men, I am Legend) plays the beautiful and deadly sniper Isabelle who acts as the conscience for the group. The two of them lead a group of criminals, soldiers, and killers-for-hire through the alien jungle as they are hunted by the Predators.

Though I liked the film, I never got drawn into the story quite as much as I did with the original film. The slow reveal of the real reason Edwin was chosen was fun and the scene where Hanzo challenges a Predator to a swordfight in a green field was my favorite of the film. But because the story is spread out across nine different characters, it becomes a bit watered down.

That said, the special effects, sets, and costumes were amazing. The three-dot laser targeting devices from the original film and the infrared and other views from the Predators kept the same feel as the technology in the original film. But they created three very different Predator characters, each with his own customizations to his helmet and tools. And the “dogs” in an early scene with the horns growing out of their bodies all had a high “creepy” factor that was done with a combination of actual props and computer-generated effects.

As far as the sets and locations went, the jungles were alien but still evoked memories of the Central American jungles Schwarzenegger was exploring in 1987. And the hunting camp of the Predators reminded me of the swamp where Arnie turned the tides on the original Predator with the mud and the huge trees.

I saw this film in the theater and I have to say the Blu-ray reproduction appeared crisper on my HD television at home than it did in the theater. The widescreen (2.35:1) display was simply gorgeous. And the soundtrack (in 5.1 DTS-HD Master Audio) was equally sublime – there’s something about listening to Brody fall from a spaceship in the first seconds of the film that surrounds you quickly. And the ambient crunching as the characters tramp through the jungle paired with the voluminous gunfire and explosions all sound terrific.

In the extras department, the Blu-ray doesn’t skimp… If you like commentary, you’ll enjoy the commentary track from Rodriguez and Antal as the film progresses. The cast and crew also share their insights in the “Evolution of the Species: Predators Reborn” series of features. I really enjoyed seeing the different phases of the sets and character designs done by the production crew.

Also included is a series of motion comics called “Moments of Extraction” – each of which presents a vignette voiced by the actor about their characters. These prequels provide a bit of context as to how and why each character was chosen by the Predators to be prey.

Other features include “The Chosen”, “Making a Scene” from Fox Movie Channel, deleted and extended scenes, BD LIVE extras, and a digital copy on DVD.

Overall, if you liked Predator, you’ll enjoy parts of Predators. In addition to the film itself, which is fun, the extras show how much the cast and crew believed in the production from start to finish. At the very least it’s great to see the Predators get into the limelight and away from those acid-bleeding Aliens!

p.s. Pick up Predators and other great movies below! 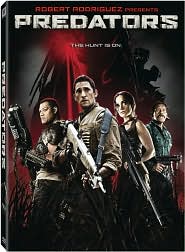 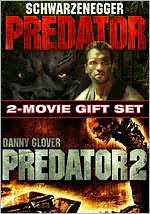 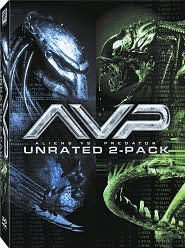 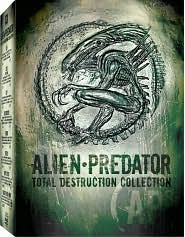