Have you ever noticed how Scooby and the gang consistently find themselves in the thick of a good mystery? Scooby-Doo! Abracadabra-Doo certainly seems to continue that trend! 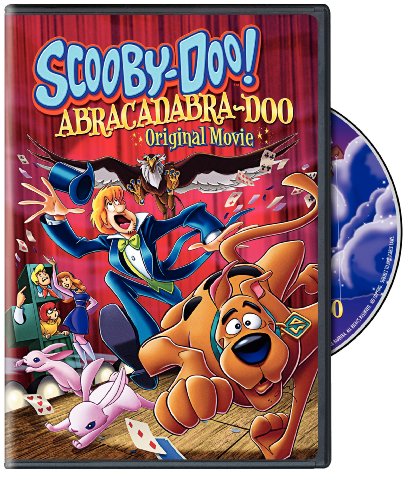 If you’ve been hiding in a cave for the last few decades, you may not have heard of Scooby-Doo, so let’s give you a little refresher…

The team calls themselves “Mystery, Inc.” and drives around in a beat-up old green van that hasn’t changed since the series started in the 1960s. They find mysteries wherever they go and become “meddling kids” who foil the plans of conniving criminals.

Scooby-Doo! Abracadabra-Doo starts with the gang finishing up a mystery and Velma getting a call from her mom, who is worried about Velma’s younger sister – Madelyn. And so the team rushes off to the Whirlen Merlin Magic Academy to make sure Madelyn is safe…

They arrive at the Academy only to discover that it was housed in a castle moved brick-by-brick from Ireland two-hundred years before by a man interested in dark magics. The adventure included a creepy castle, a creepy grounds-keeper, a creepy housekeeper, and even a creepy businessman who wanted to buy the castle from the owners at a reduced price. The “creepy” factor was in full swing as you’d expect in any Scooby-Doo adventure!

The first thing I noticed was that the opening credits provided a highly stylized view of the gang finishing a mystery. At times it appeared to be what I imagine an acid flashback from the 1960s might be like, but it did a good job of getting the gang to the opening scene without much exposition. It didn’t hurt that it also included the obligatory dance scene that was found in many of the original episodes of the series.

In addition, this is the first animated movie in which Matthew Lillard has done the voice for Shaggy. Casey Kasem has done the voice in all the episodes and direct-to-DVD movies up to this point, but he retired from doing more voice acting in 2009 and Lillard has stepped in. Lillard portrayed Shaggy in the two live action Scooby-Doo movies Scooby-Doo and Scooby-Doo 2: Monsters Unleashed, so I think he’s a great choice to carry on the role.

The animation style is the same as in the last Scooby adventure – Scooby-Doo and the Samurai Sword – but the group was back to their traditional costumes from the episodes in the 1960s, including Fred’s signature ascot he wears. I found it amusing that poor Fred was called “Scarf Boy” several times during the movie.

I have to say I did find it amusing that the dining hall of the castle looks very similar to the dining hall in the Harry Potter movie series – just with much fewer students. There’s just something about a drafty castle hall with dinner plates that evokes that Potter-feel. But other than that it seemed like your typical fun Scooby adventure.

The only extra on the DVD to speak of is “Scooby-Doo! and Puppets Too!”, which walks kids through creating several types of “scary” puppets from paper bags, hollow tubes, and various craft bits and pieces. We weren’t all that impressed with the presenter, but it was interesting to see how kids could make puppets at home.

Scooby-Doo! Abracadabra-Doo was a fun movie in the spirit of the original series, but with an updated animation style. Watching with my two daughters, we all had a great time. Be sure to check it out at your favorite retailer or video rental counter when it arrives on February 16!

p.s. Pick up this and other Scooby adventures on DVD from Amazon below! 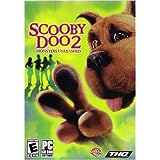