Since Charles Schultz’ comics turned into animated specials appearing on television, those specials have been a staple in many of our homes. Growing up in the 1970s, they had already started repeating them throughout the year and I watched them all with my family.

The antics of Charlie Brown, Snoopy, Lucy, Linus, Schroeder, and the rest of the gang became a timeless joy. And now that Warner Brothers is remastering and re-releasing these classic specials on DVD, it’s been fun to share them with my own daughters so they too can get to know the gang from Peanuts.

He’s Your Dog, Charlie Brown is the latest of these specials to be re-released. The DVD includes “He’s Your Dog, Charlie Brown” and a bonus special – “Life is a Circus, Charlie Brown.” Though neither of these were specials I recall from my childhood, it’s still fun to see these characters get some attention from the archives. The DVD also includes the featurette “Snoopy’s Home Ice: The Story of the Redwood Empire Ice Arena,” which tells of the ice arena Charles Schultz had built in the late 1960s.

In “He’s Your Dog,” Charlie Brown realizes that Snoopy is out of control and causing trouble not only for himself but for all his friends in the neighborhood – from picking fights with Lucy to stalking Linus and his blanket. To remedy the situation, Charlie Brown sends Snoopy back to the Daisy Hill Puppy Farm to attend a puppy boot camp and learn some manners. Unfortunately, Snoopy has other plans and never makes it there. An overnight stay at Peppermint Patty’s house turns into a week-long spa vacation for our troublesome pup.

Of course, the gang comes to realize that they miss the mischievous beagle and Charlie Brown does his best to get Snoopy back. Unfortunately, Snoopy doesn’t want to be dragged back to his doghouse by a leash and Peppermint Patty has turned the tables on Chuck’s dog and put him to work. Will Snoopy decide to come home or be stuck cleaning house for the rest of his days?

In “Life is a Circus,” Snoopy falls in love with Fifi, a pretty poodle performing under the big top. Smitten, he runs away with the circus and becomes part of the act himself. Charlie Brown and his friends are left pondering why he left as Snoopy learns a few new tricks and becomes a circus star. Will Snoopy stay with Fifi and the circus or choose to return home where he can resume his life as a single dog?

Warner Brothers did a great job re-mastering these timeless classics. “He’s Your Dog, Charlie Brown” turned out crisp and full of vibrant color with a crisp clear soundtrack. And it was great to hear another of Vince Guaraldi’s amazing piano scores again. “Life is a Circus, Charlie Brown” isn’t quite as clean a reproduction and seems to flicker in spots, but still enjoyable to watch.

If you’re looking for a great family-friendly DVD to share at home, look no further than Charlie Brown and his pals. He’s Your Dog, Charlie Brown is available on DVD along with many more of these Peanuts classics.

p.s. Pick up these great specials on DVD! 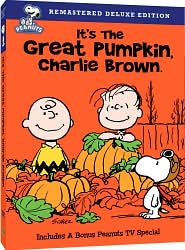 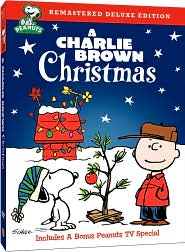 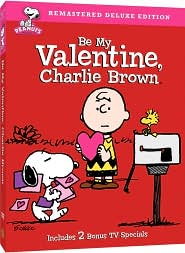 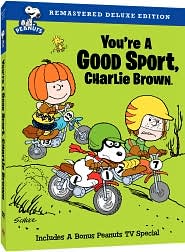 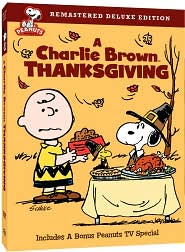 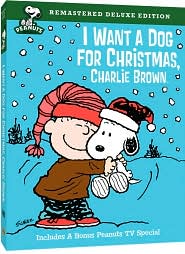