As I’ve become older, I think I’ve become more jaded. Rarely does something come along that surprises me in fiction. Susan Hubbard’s The Society of S surprised me. 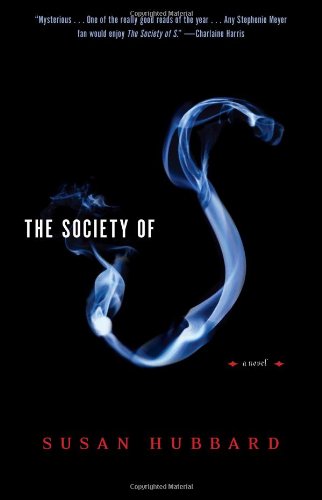 In The Society of S, writer Susan Hubbard took me into the mind of a 13-year-old girl. Not just any 13-year-old girl either. Ariella Montero lives in a Victorian mansion in Saratoga Springs, New York. Isolated by her father, Raphael, she gains a classical education mixed with the natural sciences. She is tended to by their housekeeper and cook, Mrs. McGarritt, who isn’t a very good cook at all but takes good care of Ari. And she wonders about her mother, who left them when Ari was a baby.

Now casually toss in the concept of Raphael being a vampire and Ari possibly being at least half a vampire, and you begin to get a bit more appreciation for what Hubbard has done with this book. As a less than normal teenage girl, Ari wants to see more of the world and feel more like she fits in somewhere. Though her father resists, Mrs. McGarritt finds ways to get Ari out of the mansion and to the McGarritt family home for the occasional visit, dinner, or sleepover. That’s where Ari meets Katherine McGarritt and gains her first real childhood friend.

It was the little details that sucked me in. I felt as though I was inside Ari’s head as she wrote the words of the book as a journal. The conversations with her father, with Katherine, with Michael who becomes Ari’s first boyfriend… all written with an elegance that makes you feel a part of the story. Even when Ari hits the road Keroac-style to find her mother, whom she’s never met except through the stories told by her father, you take part in her journey from New York south to Florida as she discovers her vampire nature and talents through trial and error.

The Society of S evokes some aspects of Anne Rice‘s vampires, but from the perspective of a child as a young woman and not as the child vampire Claudia with the lusts of an adult woman trapped in a child’s body. We’re not there yet in this book with Ari. She is 13. Older and wiser than Claudia and not thrust into the world of Lestat and Louis. I have not yet read any of Stephenie Meyer‘s Twilight series of books, nor seen the movies, but they seem to deal with a more teenage angst approach to the intersection between the mortal world and that of the supernatural. So far, though there has been some angst, it has not been quite as dramatic as a Twilight movie trailer.

The writing, story, and characters within this book work beautifully. Hubbard has done an amazing job crafting The Society of S into a compelling narrative – enough so that I now must read the 2nd book in the series – The Year of Disappearances. Be sure to check them out before the next book – The Season of Risks is released in July 2010.

p.s. Check out this series and other vampire novels below! 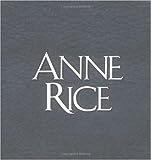