When I heard about a bright 8-year old boy who had written and illustrated not one book, but three – I was intrigued. My own daughter has similar aspirations, so I decided to check out Dalton James’ imaginative fiction. And I have to say that I was impressed by what I read! 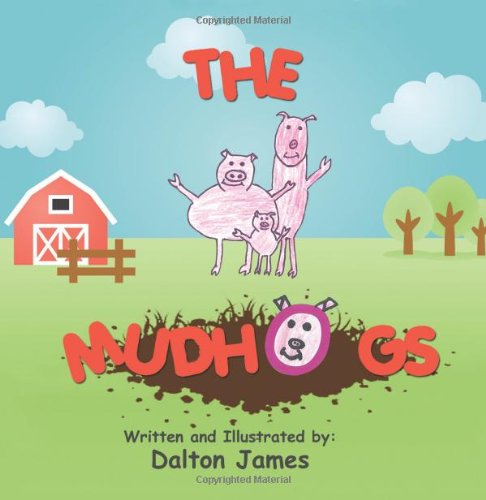 The Mudhogs tells the story about a clubhouse for a group of three little pigs. Told from the point of view of Fangs, a tick on Piggy’s leg, we hear the tale of how the three pigs deal with a mud shortage. Piggy, Piggles, and Piglet try everything they can think of to make it rain, so that they might make even a little mud. But no rain came.

Though the artwork was childlike, I was fascinated by the story and the imagination used to create it. My favorite part of the book is when the pigs are traveling and go to the towns of Piggsburg, Hogsbreath, Swineville, and Slopton. As if those weren’t good enough, they then visit the states of Pighoma, Snortesee, New Hog, and Piggselvania. And while you’re still giggling at the first two waves of names, they then go to the countries of Pig of Mud States, Pigsia, Hogico, and Barnia.

It’s obvious that 8-year-old Dalton James has quite a career ahead of him in publishing if he keeps up the great work. He should be an inspiration to kids and parents everywhere to go out on a limb and be creative. You never know who you’ll meet or where you’ll end up. Personally, I’d like to travel to Slopton, Piggselvania, and Barnia. They sound like fun places to visit!

p.s. Check out these other books by Dalton James at Amazon! 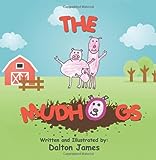 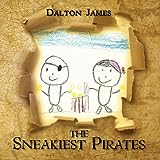 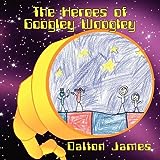