Do you believe in fairies? Sheila A. Dane does, and in Fairy Hunters, Ink. you meet Ashley, Big Rabbit, Turtle, and all of the different fairies they find during their many expeditions. Though the book is subtitled “A Book of Fairies for Children and (Not So) Grown Ups”, I think Dane did a magnificent job of writing this to capture a sense of childlike wonder throughout the text. 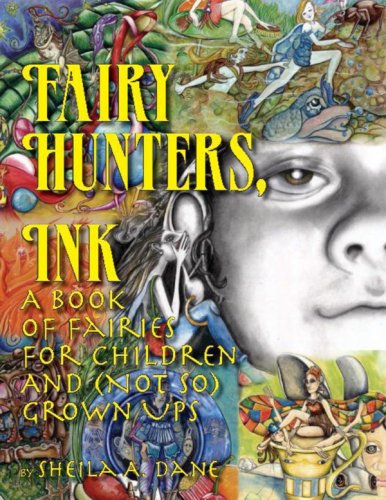 From the very beginning, the reader follows along as this small group of Fairy Hunters explores the area around the narrator’s (a young girl) house. They find many different faeries, from the Button Fairies having parties in the narrator’s closet at the beginning of the book to the Picnic Fairies and the Gremlin of Unfinished Business at the end.

I read through the book with my two young daughters and really enjoyed it. It’s hard to explain though – the writing is interesting at times, with little asides and odd capitalizations, made-up words and so on. But I think this lends to the charm of the book, making the reader feel as though they’re reading something written by a child.

Among our favorite fairy stories were:

There seems to have been renewed interest in fairies in children’s books of late. We really enjoyed the Spiderwick Chronicles by Holly Black and Tony DiTerlizzi, but those have a slightly darker tone than Fairy Hunters, Ink.. It’s nice to be able to share lighter fare with children to explain some of life’s little “mysteries.”

Dane has a website FairyHunters.net, where she is writing regular blog articles that will eventually become the sequel. I know we look forward to the sequel and will share it with other kids and parents as the opportunity arises. Be sure to look for Fairy Hunters, Ink by Sheila A. Dane at your local library or favorite bookstore!

p.s. Pick up this and other books below! 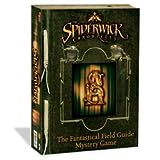